The reason I’ve effortlessly-ish switched to multi-lingual mode is because I was very pleased to discover recently that The Ghosts of Blackbottle Rock, set in Polruan and Fowey, Cornwall, has won a Cornish cultural prize! This is the Holyer an Gof award, Young Adult Fiction section.

For those of you who haven’t heard of this prize, it could be likened to the Pulitzer Prize and the Nobel Prize for Literature (in that it is a ‘prize’).

Moving quickly on, the aim of the Holyer an Gof scheme is to ‘promote books about Cornwall, set in Cornwall or in Cornish’. It’s named after the late Cornish publisher Leonard Truran – Holyer an Gof was his bardic name and means Follower of The Smith, which I rather like the sound of. The awards scheme is organised by Bards of Gorsedh Kernow: Preserving the history and culture of a Celtic people through poetry, song, 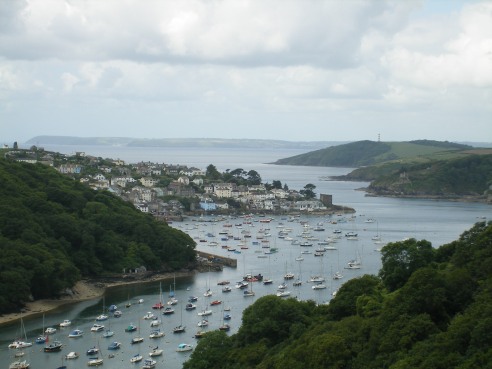 I’m very enthusiastic about the whole cultural aspect of this, because I already long considered myself an honorary Cornishman. I try to get there at least once a year, having fallen in love with the place on my very first visit as a teenager, tramping around the lanes and byways and along the coastal paths on a youth hostelling trip. To me there was something special, a hard to define magic about the place, and it was almost as if I’d been there before or even lived there in another life (and who knows…)

So chons da (‘good luck’) to Holyer an Gof and Gorsedh Kernow, and dha weles diwettha (‘see you later’) to all my friends in blogging land!